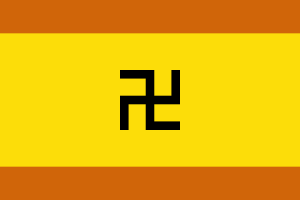 Of all the nations unknown that Earthcircuit has visited these past three years, Guna Yala is the most established. It has borders, it has a language, a distinctive culture and an independently legislative existence within the Republic of Panama. You even have to pay $10 to get in.

Possibly, though, it’s one of the strangest nations; a thin strip of land on the north coast of Panama has almost no roads, as wild and inhospitable as when the Scottish first attempted to settle there hundreds of years ago. The Kuna people mostly inhabit the thousands of islands that lie just off shore, using hand built canoes and speedboats to move around, it’s almost like a waterworld of the future as much as an authentic vision of an indigenous past.

Guna Yala has, by and large, always maintained an independence. When Panama was part of Colombia, the area was known as the San Blas Islands by the outsiders who saw them as stepping stones  (and continue to do so)  from South to Central America. With support from the USA, Panama seceded from Colombia in 1903 and, over the next two decades, the Kuna people began to be oppressed by the policies and institutions of the new leaders from Panama City.  By 1925 they had had enough and there was an armed revolution with the aim of establishing a truly independent republic called Tule. After a few months, after two dozen non-Kuna police were killed and with help from American individuals who supported their cause, they came to an agreement with the Panamanian authorities to lay down their arms in return for cultural recognition, rights and safeguards.

The swastika, of course, is an ancient symbol – representing to the Kuna, the four directions or winds. During the Second World War, the Kuna decided to drop that for a depiction of a bow and arrow under green stars in recognition of events going on in the world around them. Both flags are proudly displayed on pick-ups and boats.

The Kuna population is around 80 000 strong although a significant proportion of them live in Panama City where the women-folk are easily identifiable because of their distinctive dress. But it’s only out in the islands, of course, that you see the Kuna living in pretty much the way they always have…