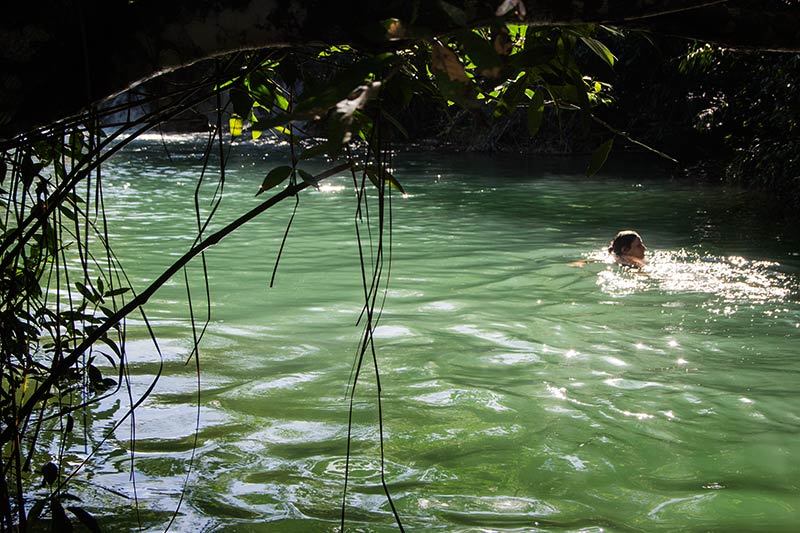 If my secret destination on this round-the-world trip was to get to California then, for the Portuguese half of our team, their ambition was to reach Brazil. Three weeks ago, we finally crossed the border from Bolivia at the town of Corumba in Matto Grosso de Sul state and we have now we have reached the edge of Sao Paulo state, 800 km away from the coast. This area is best known as the Pantanal, a vast tropical wetland area – and here is are our impressions so far of Brazil.

I don’t think I have ever seen such a relaxed border crossing in my life. The guards were plain-clothed beyond their sunglasses, a pistol and a police t-shirt. They were waving the mostly Brazilian vehicles through – joking and calling out greetings to their occupants. They told us to park round the corner and hurry to the passport control which closed a few seconds before we arrived. It was only 5pm or so but we were heading east and hadn’t bothered to update our time-zones. Maybe it was seven. No problem, sure, we could spend the night at the parking lot. But, no, one border guard said – “Go into town, it’s five-minutes up the road; eat some food, drink a few beers, come back tomorrow.” The smiling was infectious and the banter between us all spread: Oh, we don’t want to waste diesel, we can just hang out here and they replied, “You come all the way from Europe and you’re worried about a few kilometres more? Welcome to Paradise!”

This town is one of the hubs for tourism in this region – tours out to the rivers made crystal clear by some natural chemical reaction, for water fun and nature watching. Access to these is limited and you have to book yourself in – and, for that reason, it’s high-end tourism which the classy but boring-looking restaurants and hotels reflect. Just out of town there is the municipal river access which charges an unbelievable 25 Rs per person to get in for a day. We got there on a Sunday and we sat outside watching a stream of cars go in, thinking we didn’t really want to pay that just for a few crowded hours even though we were desperate for a swim. Next door, however, is the Rio Formosa Camping and we checked it out, guessing maybe they had river access too. Turns out they did – for the same price, you can stay overnight and until 6pm the next day; you get Wi-Fi, hot water, electricity and a nice little gazebo thing with a barbeque and kitchen – and you can swim at a few beautiful places that are under-populated enough to attract monkeys and parrots. We stayed there nearly a week.

Heading East Through A Friendly Country

Heading east, past Campo Grande, the landscape becomes less lush and more farm-like – enormous fields with a few scattered, lonely trees sheltering the cows from the afternoon sun. The place is scorching hot, hotter than normal, we were told and parking up for a break becomes an exercise in finding shade for the vehicle. In the towns and out on the highway, the story is the same: There are so few trees that when one sheltered parking space opens up, another vehicle will stop there in a few seconds time. And even fewer trees that were high enough to let our 3m of bus under. Why don’t they have more trees in Brazil? I could only wonder how the Amazon looked. We arrived at Battaguasso one late afternoon and headed down the bright, wide streets to the enormous town square, the size of four football pitches. With, like, one tree on it that offered any kind of shade that was crammed full of vehicles like the poor cows out on the fields.

Back on the highway, there’s a 24-hour truck stop here where you can get free Wi-Fi, refrigerated drinking water and showers for free. The manager even showed us where we could plug in and even showed our truck to his little girl who’d apparently been asking about right-hand drive vehicles only a few days previously. In three weeks, already, it has been an increasing trend: Brazilians are damn friendly; they’ll come up to satisfy their curiosity about who we are, what we’re doing and why the steering-wheel’s on the wrong side. But it doesn’t stop at question-and-answer sessions: Restaurant owners will give us pizza at the end of a day; the kids on the river-front will share their beer and weed; cyber cafes will let us plug in the truck and switch on the Wi-Fi; camping weekenders will trade a place at their barbeque for the use of a sharp knife – even truck drivers will offer their own limited, cooking facilities not realizing we got, like, a full kitchen in the back of the bus. 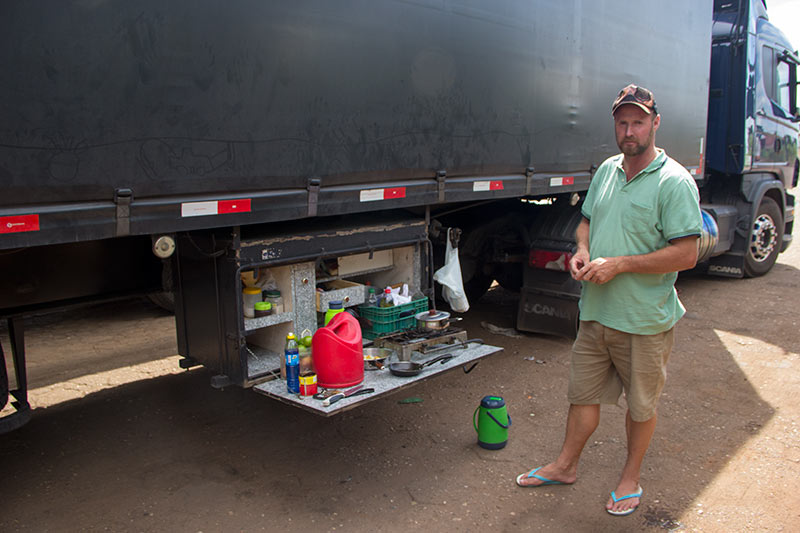 Until we find ourselves parked up in the wrong kind of flavela, of course, the thing that most worries us about Brazil are the prices. We’ve had years of listening to travelers telling us that it is an expensive country to visit. Just a little worried, mind, knowing that half our money goes on diesel anyway and the kilo of rice costs pretty much the same everywhere in the world. Our self-catering, self-accommodating, overlanding life style protects us from the hikes in price most tourists suffer and we’re not too much bothered about visiting all those must-see attractions that none of the locals have ever been to. But also, we know, that most richer countries can actually be cheaper to overland through than the poorer ones. It’s difficult to compare, of course but restaurants may be way more expensive but the food in the stores is cheaper. And things that you should be paying for come free-of-charge, like town-square Wi-Fi zones and drinking water. As I write this, we’ve been at the beach for a few days just outside the town of Presidente Epitácio on a wide river that marks the state border. It’s the local, municipal recreational area and, during the week, we get the place to ourselves – shade, toilets, showers, electricity, friendly guards and their friendly cat, a couple of bars on the pretty, little beach… and it’s all paid for, presumably, by the local government. Even if you could find somewhere like that in a country like Bolivia, you’d be paying mucho dinero for it.

For us, our first impressions of Brazil are easing us a little into the thought of having to go back to Europe soon. After the Andean countries and the alien altiplano, this country is so much more Western. Now, we’re on the main road to the coast, the highway traffic is busy and fast and they employ the Western model of side-indicator usage – you know, when the truck in front signals that it’s safe to over-take, they’ll flash their right indicator and not the left like they do in Southern Asia and the Andes. There are supermarkets everywhere but it’s damn hard to find good quality vegetables. The towns are pretty American, laid out on a side-walked grid too big to actually negotiate on foot, and that just speaks of the incoming modernity and development to us Europeans on their way home…